Ivan Nalvarte and his research group at Karolinska Institutet study the human brain and neurological diseases. Such studies still require laboratory animals. But there is an ongoing development of new and more human-relevant models based on human cells. 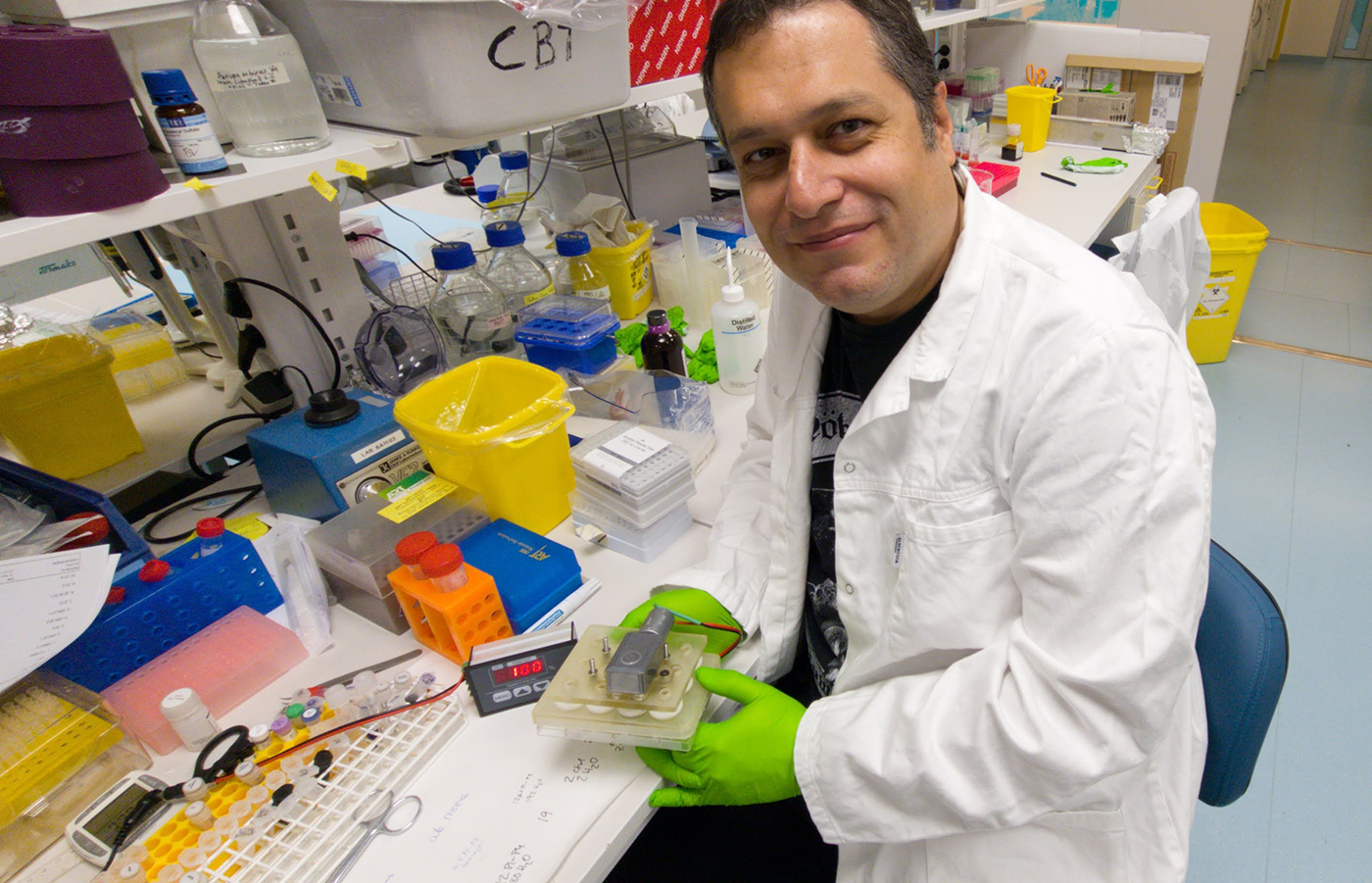 Ivan Nalvarte is developing organoids in his lab at Karolinska Institutet.

Ivan Nalvarte and his colleagues use both mice and cell models in their research. They develop so-called organoids based on cultured human cells. These models can provide more relevant knowledge about human biology and diseases than laboratory animals do.

Organoids are also referred to as mini organs. An organoid can contain several different cell types from the organ that it is a model for. The environment around the cells is similar to human tissue and the organoid can organize itself in different ways.

Organoids are self-organizing. This means that they develop according to their own genetic program, in response to different added factors.

Sex hormones and the brain

Ivan is a researcher and associate professor at the Department of Biosciences and Nutrition at Karolinska Institutet. He leads a research group of six people, who study the influence of different hormone receptors on brain development and disease.

Among other things, they study how sex hormones play a role in the risk of developing neurological diseases such as depression and Alzheimer's disease. The studies show clear gender differences, as women run a greater risk of being affected. Ivan says:

– One of our major projects involves comparing studies in mice and organoids with data from epidemiological studies with female volunteers. How important are phases in life when levels of sex hormones drop drastically, such as menopause, for the risk of developing Alzheimer's disease later in life?

He also mentions an upcoming project, where they will use computer models to predict risk and identify hormonal biomarkers for mental illness linked to early development, puberty, pregnancy and menopause.

Mice are not humans

Unlike humans, mice do not develop Alzheimer's disease. Mouse nerve cells are not affected in the same way as in humans and have greater resistance to the plaques that form in the disease. And memory disturbances are not as strong in mice as in humans.

All this leads to the fact that a mouse is not really a good model for studying human neurodegenerative diseases, but in the absence of other models it has still been useful with the help of various mutations.

Ivan is clear to emphasize the importance of mice to the knowledge we have actually gained about Alzheimer's disease today. He is also clear about the need for more human-based methods for us to better understand the causes behind the disease.

The advantage of organoids is that they are based on human cells and provide an environment that is similar to the one inside a person in case of illness. Relative to the use of animals, organoids can be grown quickly and at a relatively low cost. But there are challenges:

– Right now, we struggle to get immune cells – so-called microglial cells – to grow together with neurons in our organoids, says Ivan. Once we have a finished organoid, we induce something similar to Alzheimer's disease pathology in it. We can then study the interaction between nerve and immune cells at a molecular level, which is difficult to do in animals. 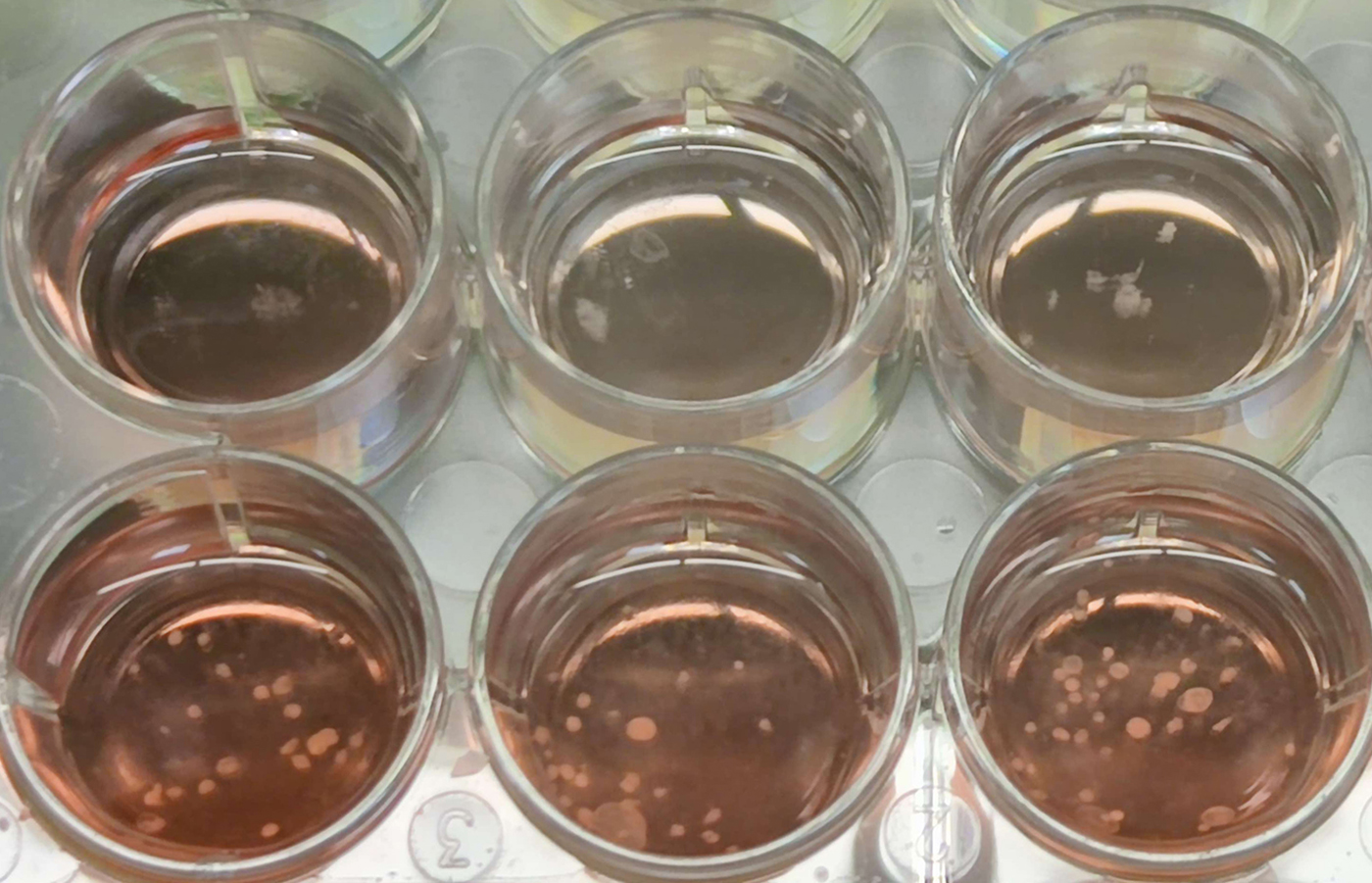 Brain organoids cultured by Ivan and his colleagues.

Another concern is that the organoids are to some extent produced with the help of stem cells, so-called iPS cells, which means that they can regenerate cells that die. That is not how it works in a real brain. Ivan says:

– We must consider that we do not get an organoid with only mature cells; immature cells remain and can influence the pathology. We need additional time to optimize our organoids to mirror neurodegenerative conditions.

Nor can one study cognitive behaviours in an organoid. For example, researchers still need to study memory deficits in living mice. But with the help of organoids, many parts of an experiment can be done without animals, unlike previous research where there was a lack of alternatives.

Ivan and his team expect to need another two years to create qualified organoids. They must also produce a simple and clear description in form of a research protocol, which is easy to follow for others who will use the model.

Short delivery times and large-scale production at a relatively low cost provide good conditions for use. But in order to bring about a real change, an infrastructure is also needed with equipment and knowledge that the individual researcher is aware of and can have access to.

– To be able to grow enough organoids of good quality, one needs for example some form of bioreactor, says Ivan. We have built our own together with engineers at KTH, but you cannot expect all research groups to do that.

He also emphasizes the importance of increased funding to develop, evaluate and validate new methods. This issue must be raised from many different forces, of which the 3Rs Center is one.

– What you do at the Center means a lot for the future. When you talk to young researchers, the interest in new methods and human-based models is huge. For someone to commit to a change, a national support can mean a lot.